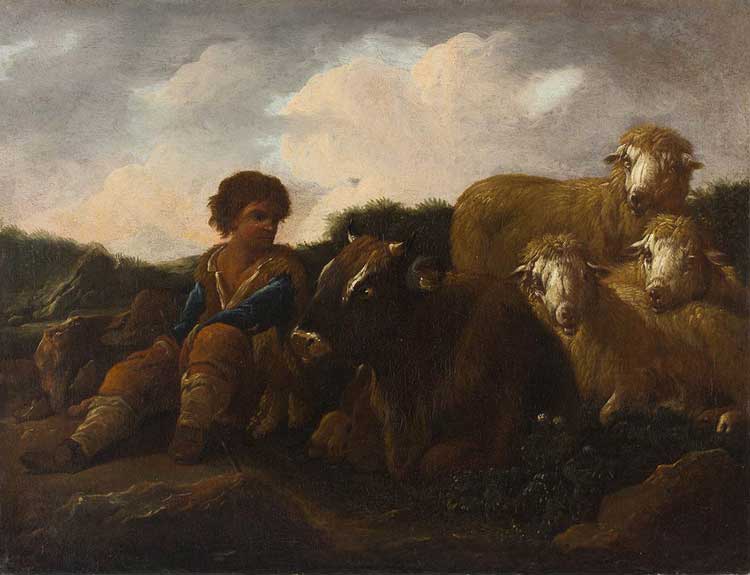 
Oil on canvas, 97 x 135.6 cm
Philipp Peter Ross was a German painter, son and pupil of Johann Heinrich, well-known artist in depicting animals. In 1677 he arrived in Rome; here he did his apprenticeship at Giacinto Brandi’s studio. A few years later the painter moved to Tivoli where he bought a house in which he lived with the animals he loved painting.
Around the nineties of the 17th century the artist painted landscapes with rapidity and ability in the use of the brush, characterizing them with intense luminary effects; the canvas in question probably dated to this period: on the left there is a shepherd at rest, while the right side of the scene is occupied by an ox and some sheep, the whole scene illuminated by a yellow-brunette light that makes the atmosphere bucolic.
The quality of the painting, dense and full of details, is particularly noticeable on the mantle of the animals.